What is Oil of Oregano?

The significant health benefits are only attainable if you are using the right herb. The carvacrol content should be at least 70%. The Oil of Oregano should be processed without chemicals using a steam distillation. It should be diluted with first pressed extra virgin olive oil. Taking 100% of the oil, without dilution, can be harmful in some instances. 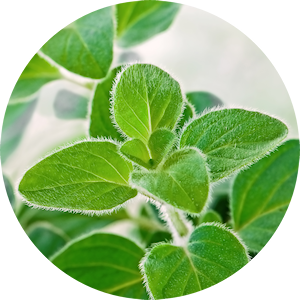 How does Oil of Oregano work?

The two key compounds found in Oil of Oregano are carvacrol and thymol. Studies have shown that both of these compounds have significant effects on harmful microorganisms that cause many illnesses. Isomeric phenols (primarily carvacrol) in oregano oil in dilutions as low as 1/50,000 destroys Candida albicans, the Aspergillus mold, Staphylococcus, Campylobacter, Klebsiella, E.coli, Giardia, Pseudomonas, and Proteus. Another phenol constituent, thymol, boosts the immune system. These compounds also act as free radical scavengers (shield against toxins) thus preventing further tissue damage while encouraging healing. Wild, crude, mountain-grown oregano (from the Mediterranean) is the only kind that is naturally rich in ‘carvacrols, flavonoids, and terpenes’, which give the oregano its tremendous strength. Carvacrol is a natural phenol that contains powerful anti-microbial activity. Flavonoids provide natural antiseptic properties, and Terpenes (long chain hydrocarbons) are natural anti-inflammatory agents.

What are the Benefits of Oil of Oregano?

The ancient Greeks were one of the first people to recognize oregano oil for its health benefits and medicinal qualities. It is known to be potent antiviral, antibacterial, antifungal, and antiparasitic oil that can reduce pain and inflammation and effectively fight off infections. Its volatile oils are highly active against the majority of pathogenic bacteria, including staph, strep, and E.coli. Furthermore, fungal resistance to oregano oil is exceptionally rare. Oregano is such a potent antifungal agent that it is capable of destroying even resistant fungal forms such as the mutated fungi which result from antibiotic therapy.

Oil of oregano is a potent germ killer. Jean Valnet, in his book The “Practice of Aromatherapy”, describes how oil of oregano superseded anti-inflammatory drugs in reversing pain and inflammation and is nearly as powerful as morphine as a painkiller. The oil also possesses significant antioxidant power. Furthermore, it stimulates the flow of bile, which greatly aids digestion. Dr Ingram Cass, author of The Cure is in the Cupboard describes the history and many uses of Oil of Oregano. This is a must have book in your first-aid cabinet.

How to use Oil of Oregano?

What are the Side Effects of Oil of Oregano?

While Oil of Oregano has many benefits, there are a few possible side effects:

The statements throughout this website have not been evaluated by the Food and Drug Administration. These products are not intended to diagnose, treat, cure or prevent any disease. As with any medical issue, it is your responsibility to understand the safe application of these products and when to consult a medical professional.